skip to main | skip to sidebar

It was love at first sight at our house, and I'm not exaggerating one bit.  I have a couple students who outgrew their tricycle and the mother generously gifted it to Grace.  I brought it home last night and she was already in bed, so she didn't see it until this morning when she got up at 5 am.  We plan to put it in the garage but we need to make space for it, so in the meantime it is sitting in our living room.  Grace didn't notice it until she was half way done nursing, but when she saw it she had no interest in finishing, she HAD to get down and check it out! 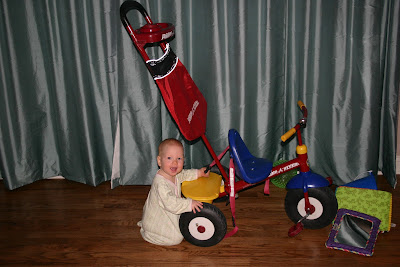 It felt like what I imagine Christmas morning will be like.  She looked so adorable checking out her new wheels in her pjs that I had to take a picture, even though I was only 10% awake. 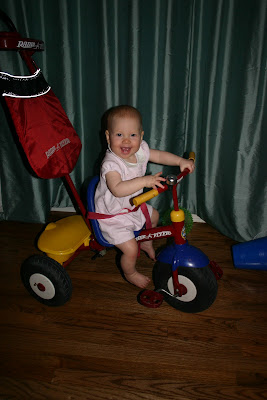 When I was 30% awake and she was dressed for the day, I put her on it.  Look at the elation!  Her feet don't even touch the pedals but she is flipping excited!! 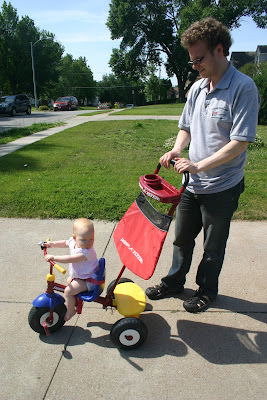 A little while later we took it outside and she was just soaking it all in.  She is often in awe of the outdoors.  She looks so tiny and so grown up all at the same time.

The first of many tricycle trips, I'm guessing!
Posted by Rebecca at 7:51 PM